For classification models, you can click the Show Model Performance button from the model card title bar to easily visualize the confusion matrix, ROC curve, precision-recall curve along with their respective AUC scores. We consider a model to be a classfication based model on our interface if -

Model Performance settings determine what will be shown in the visualization - 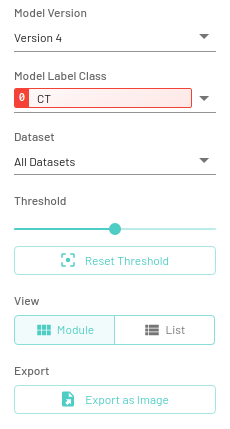 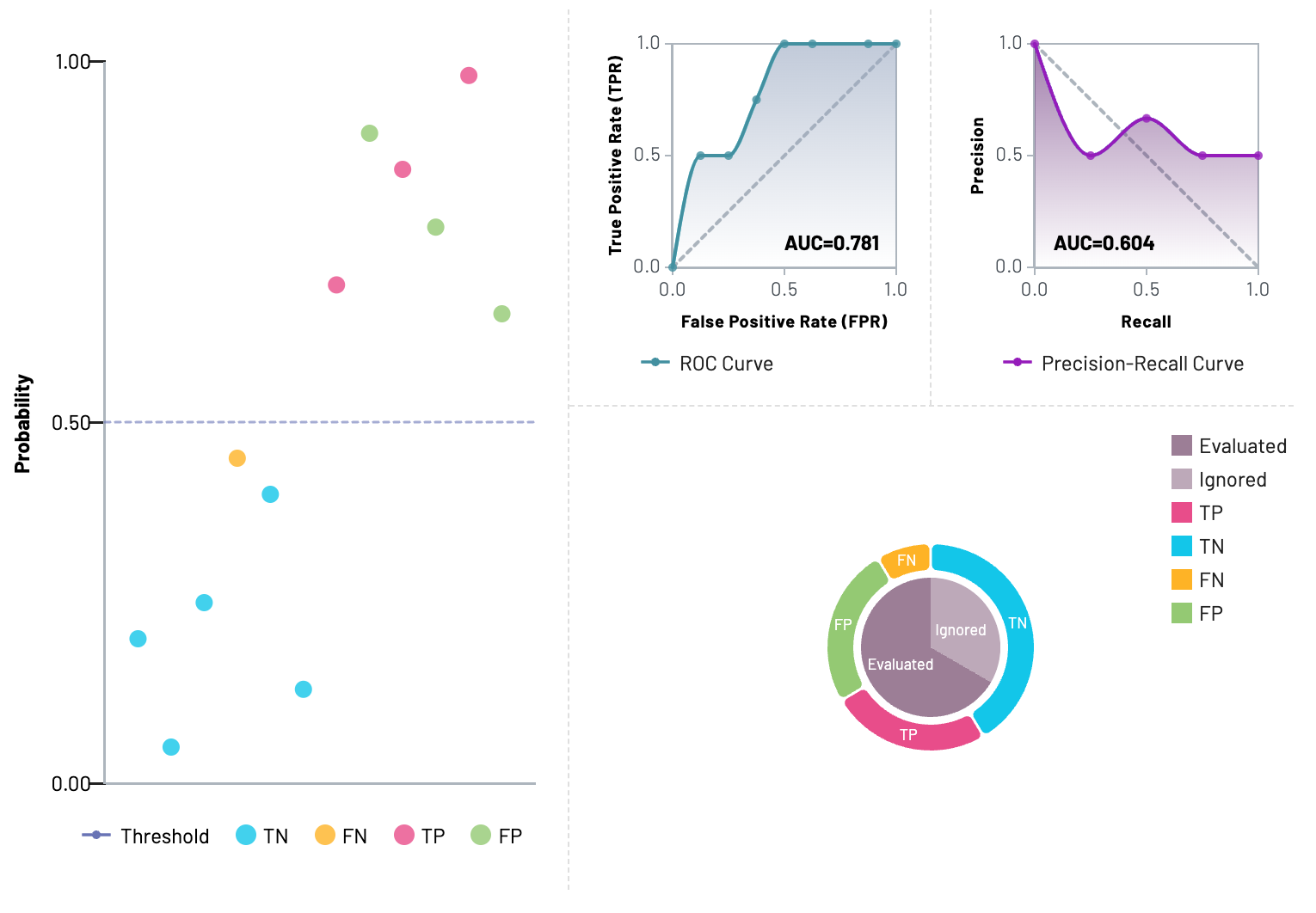 Model Performance for a Task

If you would like to visualize the model performance for a specific model Inference task, there is a View Performance button in the model task details panel for visualizing.

Model performance calculation combines MD.ai annotations and model outputs, here are some explanations to help you better understand how it works -

Assume there is a binary classification model with two label classes [0,Abdomen], [1,Chest], and you want to visualize model performance for the label Chest. If there is one DICOM instance with annotation Chest and model output Chest, this instance would be counted as a True Positive (TP). 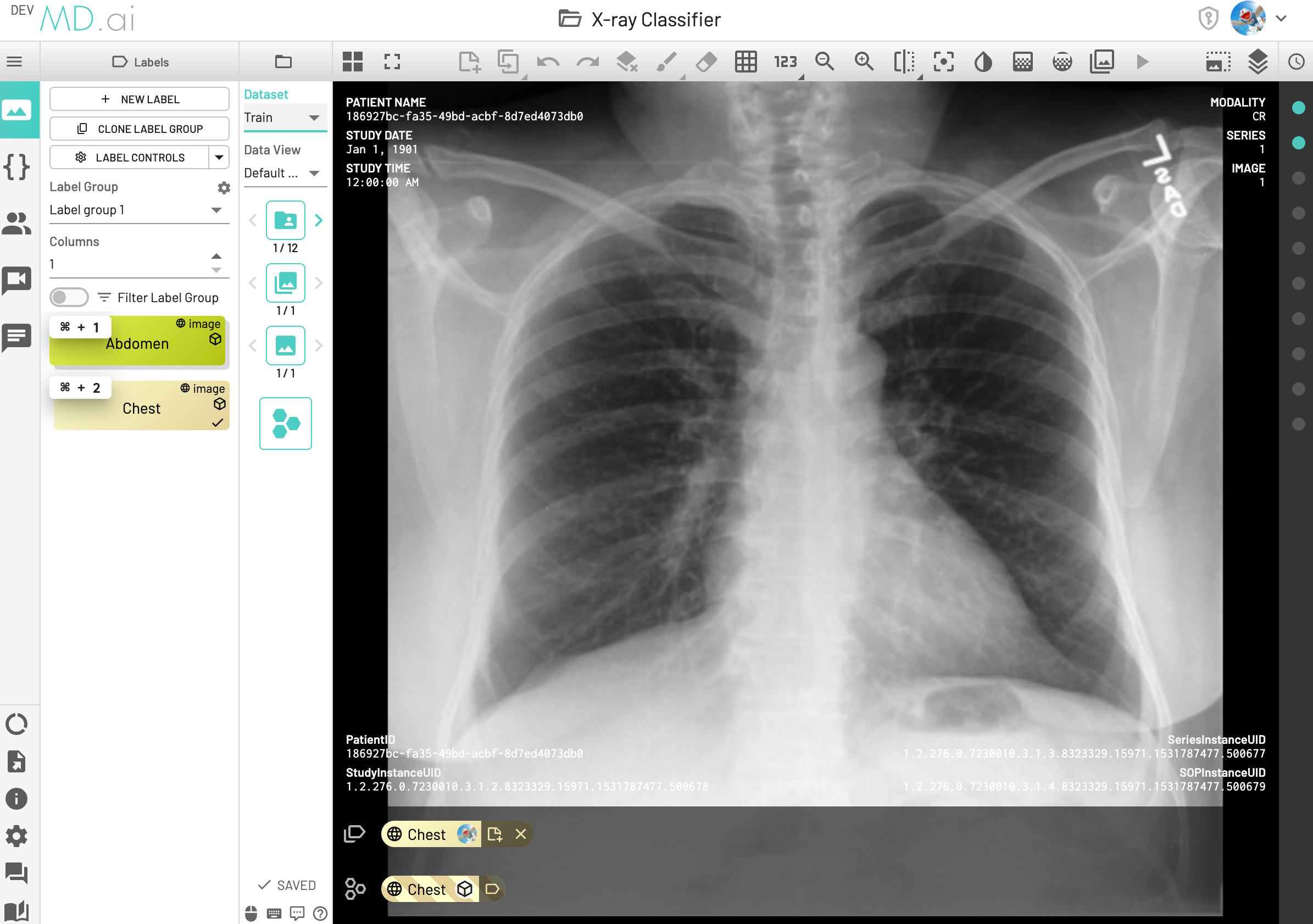 If an instance has model outputs but without any annotation, the instance would be counted as No annotation and the total No annotation count would be displayed in the Ignored section of the Confusion Matrix Pie Plot. 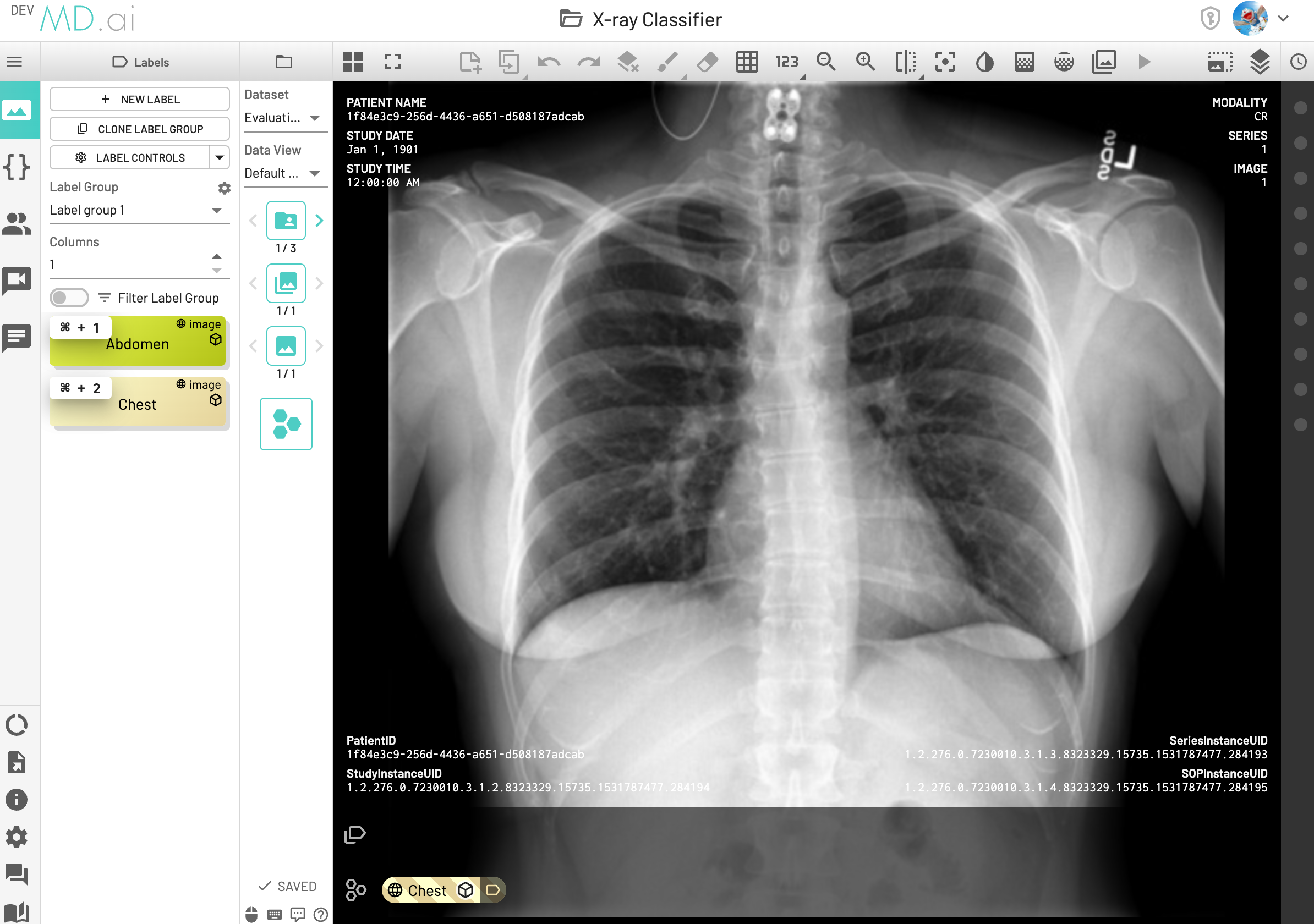 If an instance has annotations but without any model output, the instance would be counted as No Output and the total No Output count would be displayed in the Ignored section of Confusion Matrix Pie Plot. 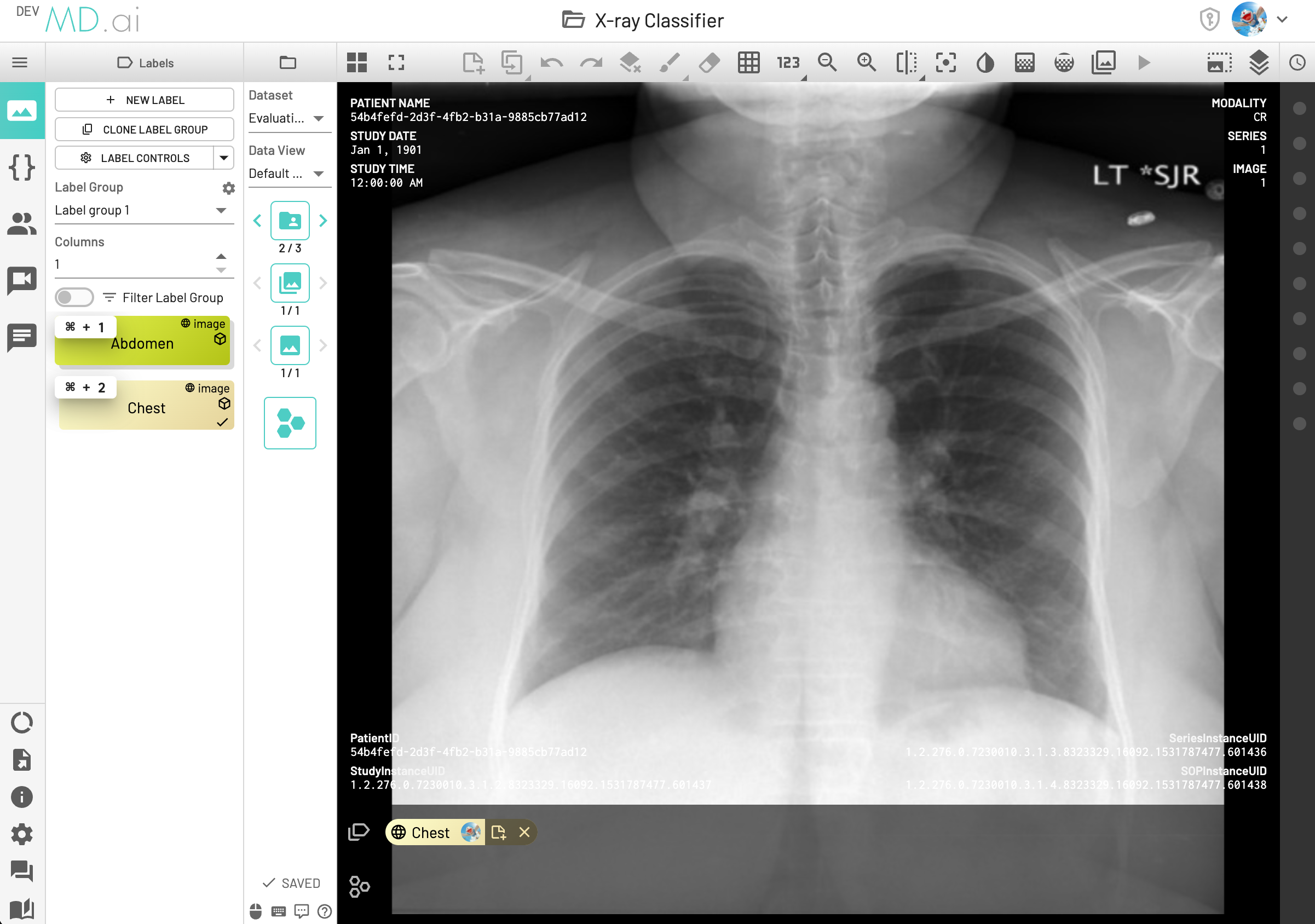 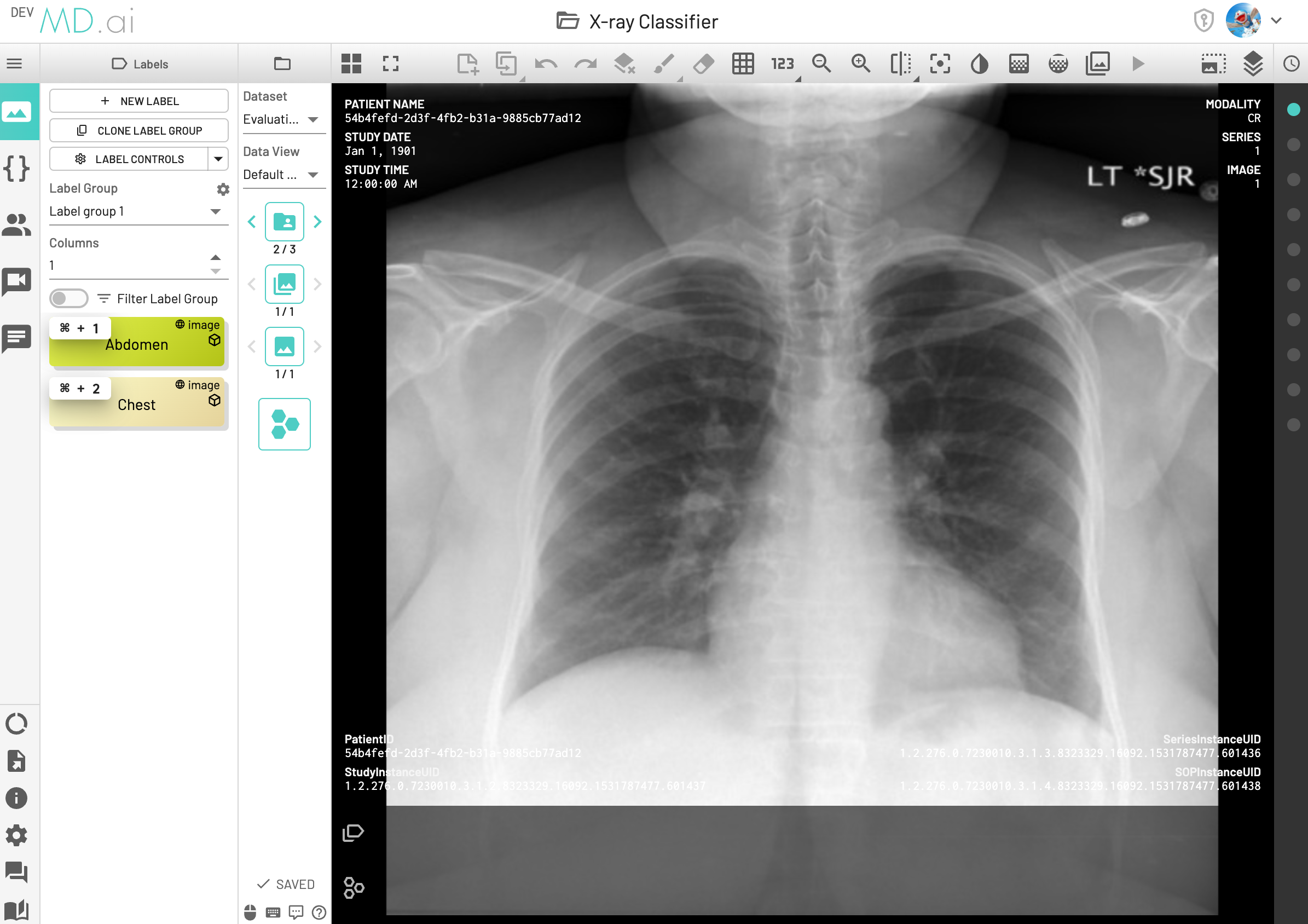 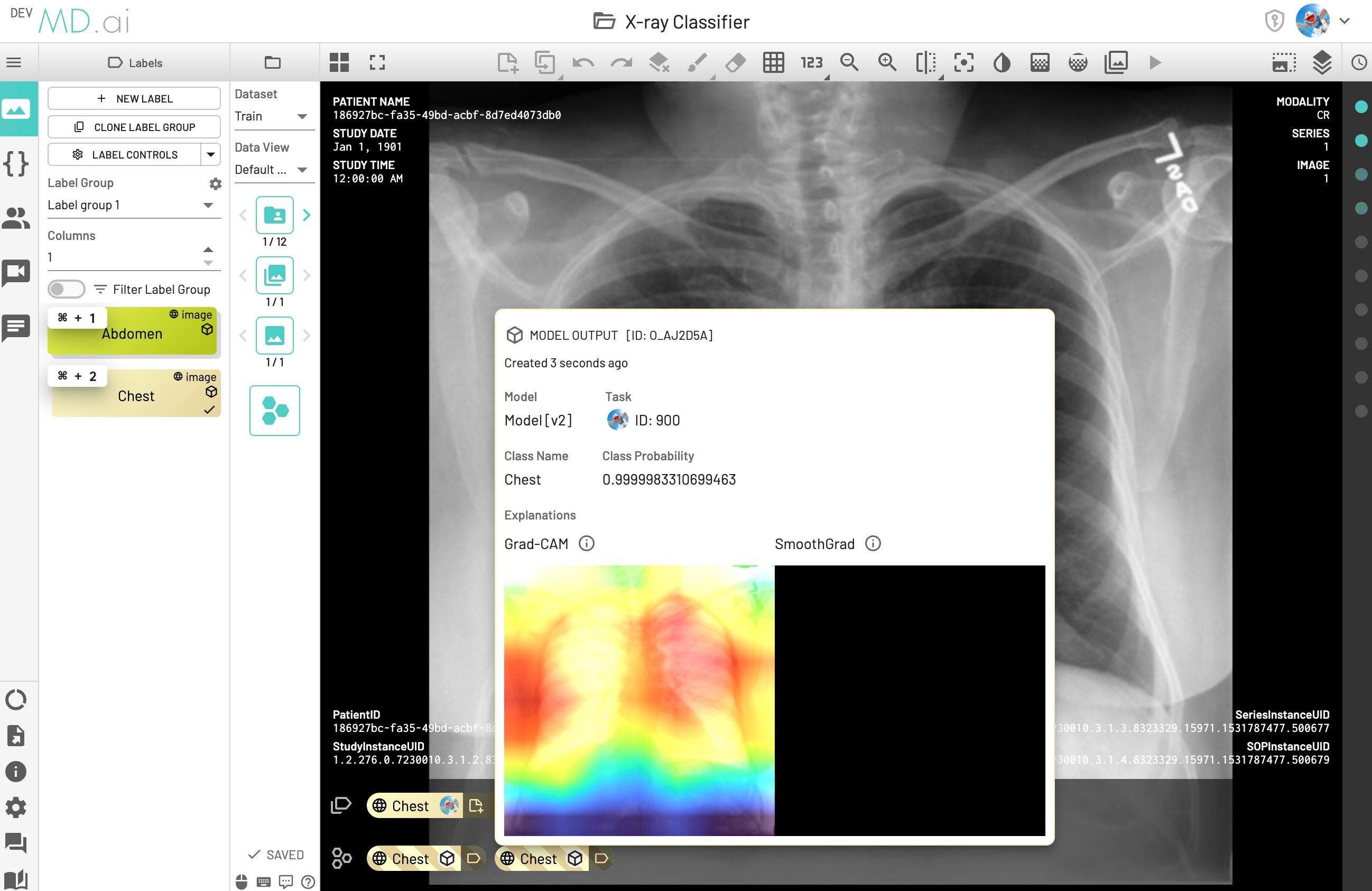 The model is classification based and all resources in the project have at most one model output from one model task.

Credit is defined as the number of thumbs up and thumbs down annotations by users for the particular label. 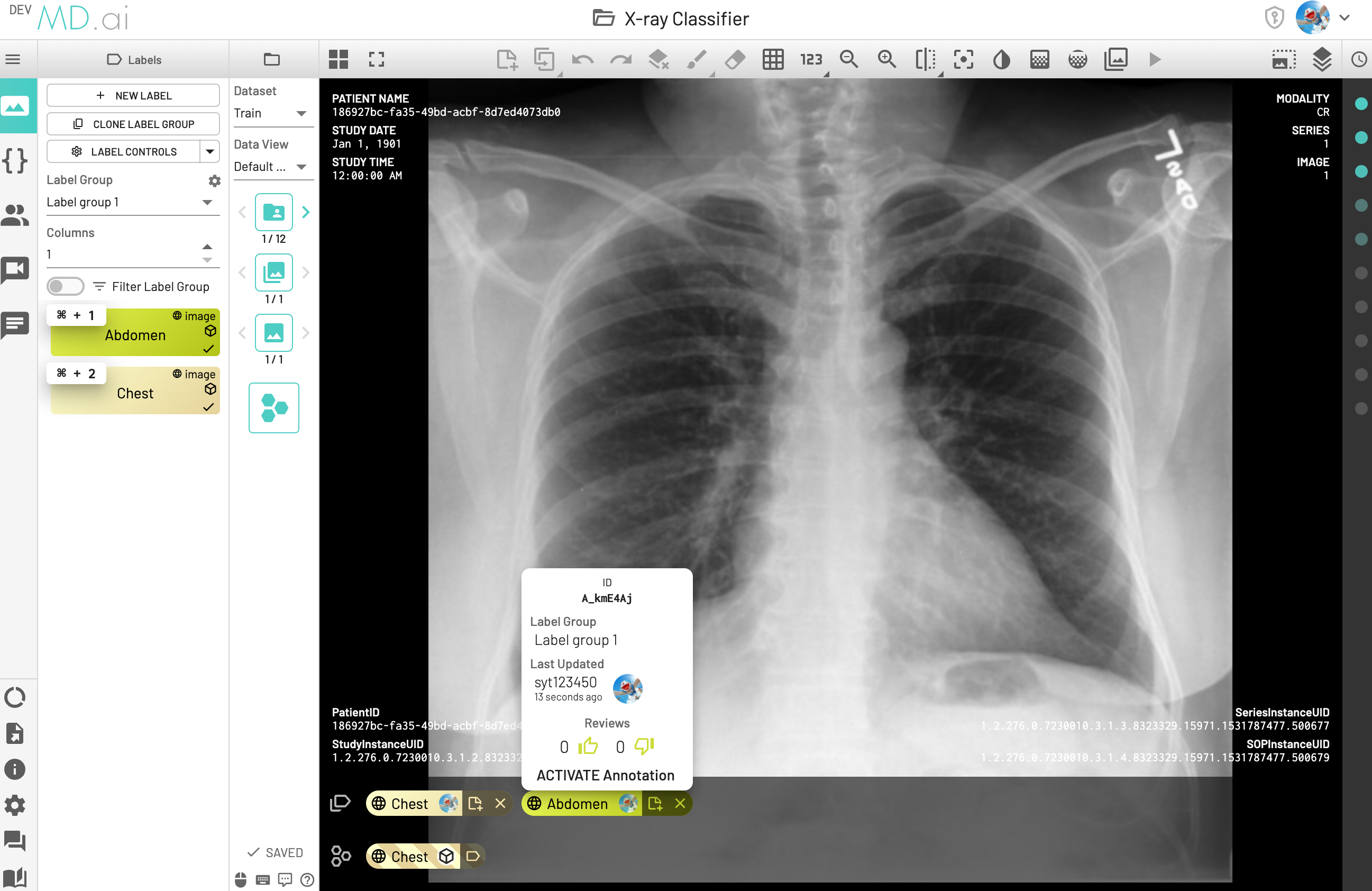 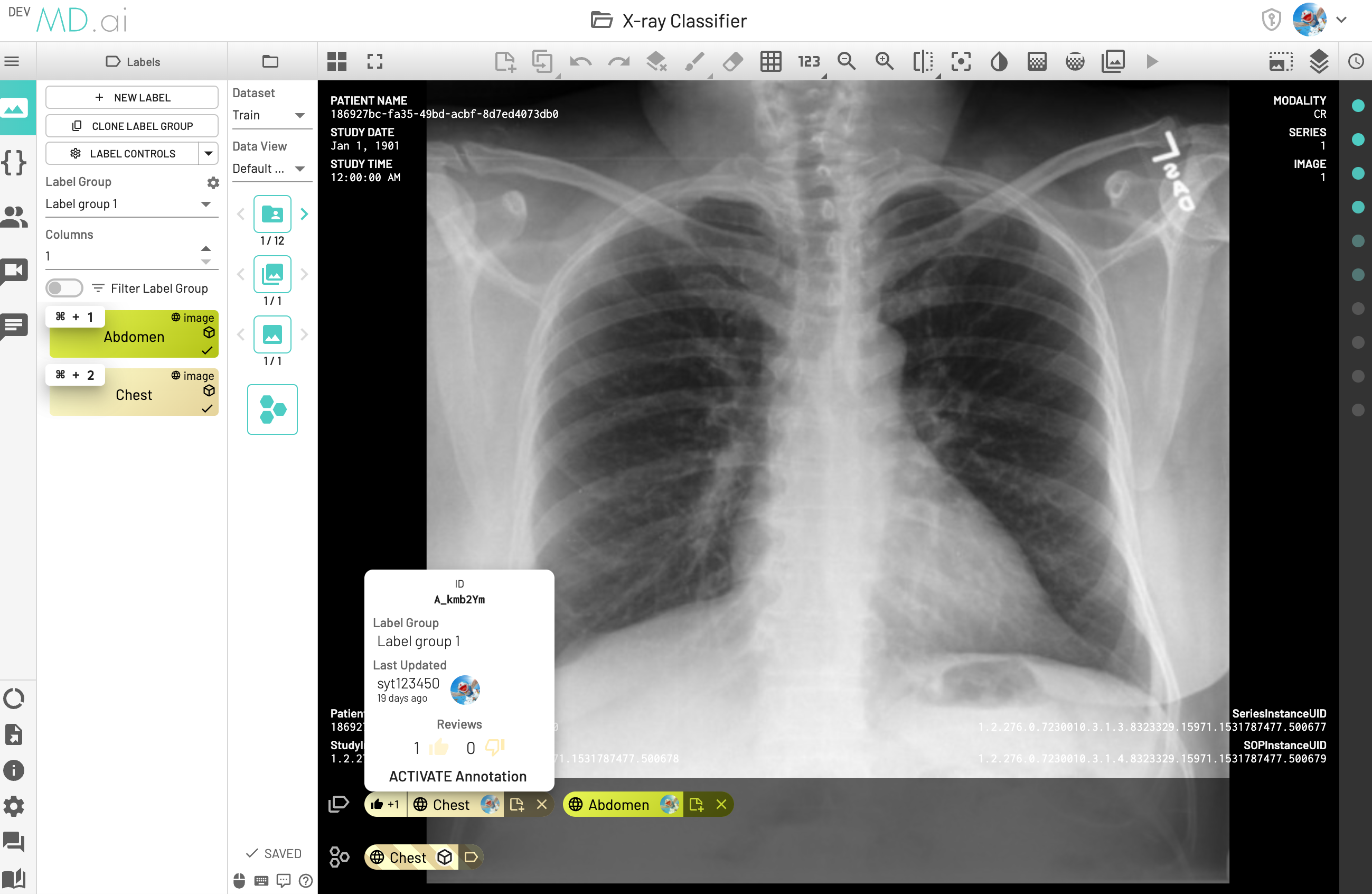 For Multi-outputs Classification Model, all annotations would be used to calculate model performance. In the following screenshot, the model has 3 model outputs, and 2 annotations on the active instance, so the metric for this instance would be: Any - TP, Intraventricular hemmorhage - TP, Subarachnoid hemmorhage - FN

The model is classification based and at least one resource in the project has two or more model outputs from one model task. 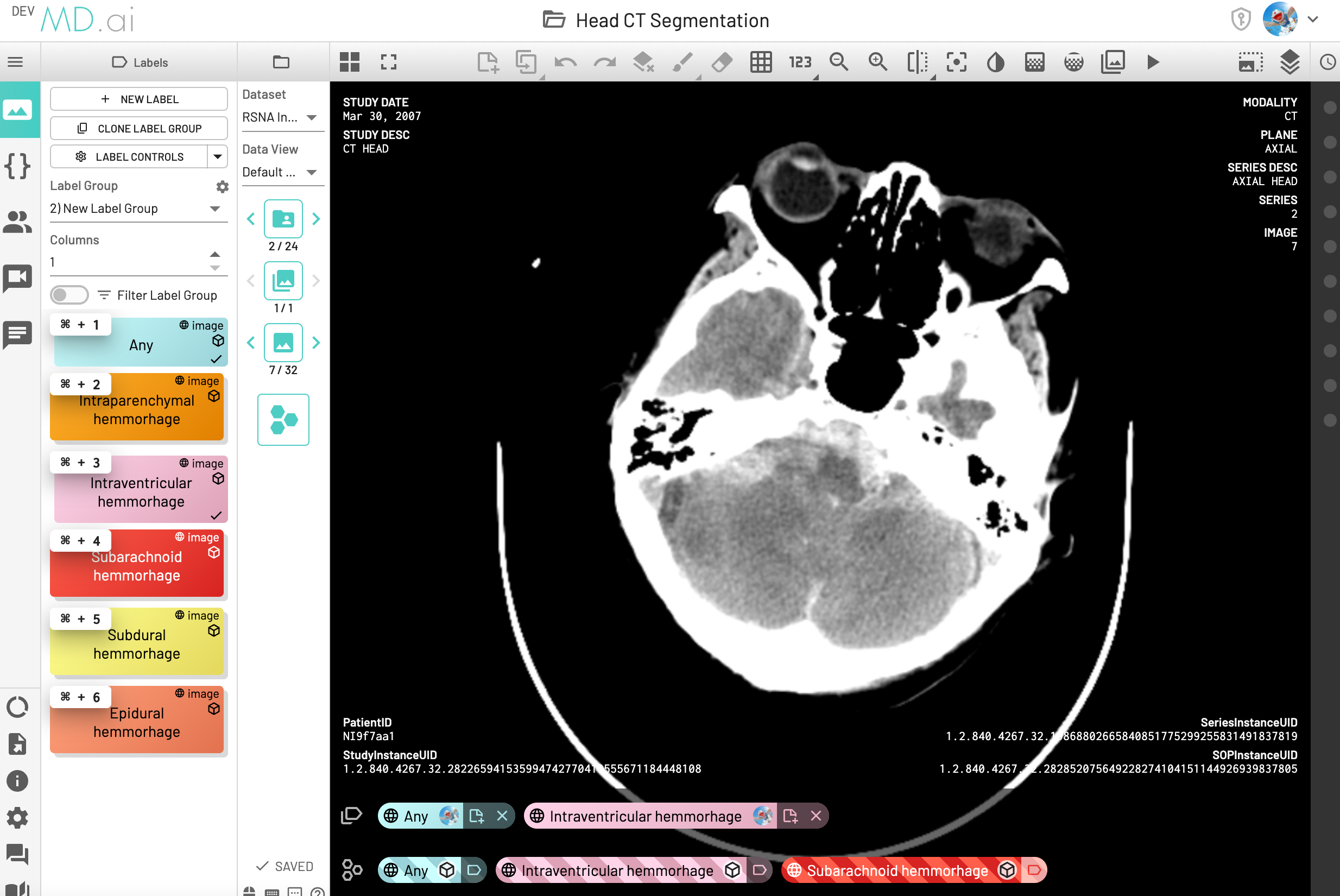